After 45 years of ministry, Ron Burnet has retired from the pastorate, having most recently served as pastor of Crosstown Baptist Church, Silvis, Illinois. 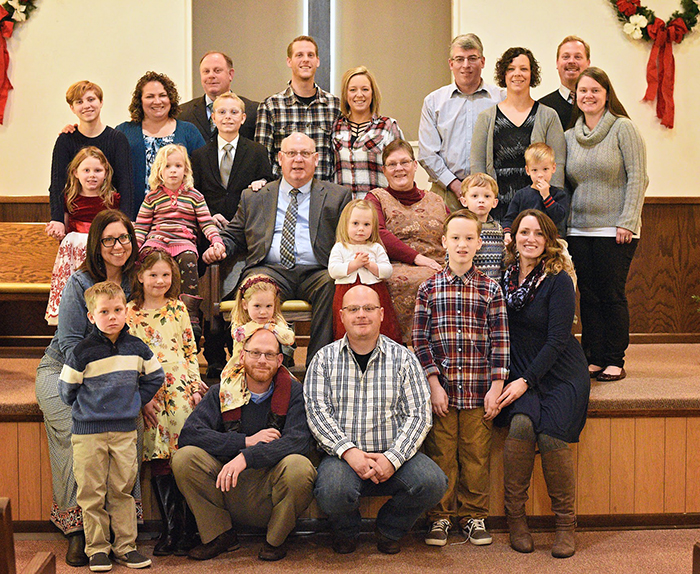 SILVIS, Ill.—After 45 years of ministry, Ron Burnet has retired from the pastorate, having most recently served as pastor of Crosstown Baptist Church.

“It just seems that it was yesterday that, with a spirit of apprehension, I assumed my first pastorate,” Ron says. “That was in Colorado Springs, Colorado, and little did I know that the Lord’s plan included a nearly 20-year stay there.”

His years of service at Rustic Hills Baptist Church, he says, involved “more learning—learning what cannot be taught in a classroom.” Following his pastorate at Rustic Hills Baptist, he accepted the pastorate of Immanuel Baptist Church, Newton, Iowa, located in Central Iowa, where he had been raised. “Leaving Colorado was difficult, but the Lord made His plan clear,” Ron says.

“Now, being nearly 72 years old, the Lord has led us to step out of the pastorate to serve Him in other ways,” Ron says. “I am looking forward to doing pulpit supply, stepping in when a pastor needs a vacation, is ill, or needs to be gone for a Sunday. This is only my second week of retirement, but I am already scheduled to fill a pulpit four out of the next five Sundays.

“Our last Sunday at Crosstown Baptist Church was something very special. One by one, each of our six children stepped through the doors with their family. What a wonderful surprise that was. Now, we are looking forward to the next chapter of our lives the Lord has written for us.”

Next post Pastor Ron Burnet Retires after 45 Years of Ministry

Previous post The Paralysis of the Fear of Man

The Beauty of Christ

Tuesday’s speaker’s panel at the 2020 GARBC Conference provided virtual conferees a candid experience with this year’s speakers as they fielded questions related to ministry ...more

Tuesday at the GARBC Conference

Fixing our perspective through God's Word, speaker panel, and break sessions were the highlights of the day. ...more