“The calling of the pastor is more than a job; it’s a wonderful ministry,” says Tom Townsend, pastor of Calvary Baptist Church, Battle Creek, Michigan. 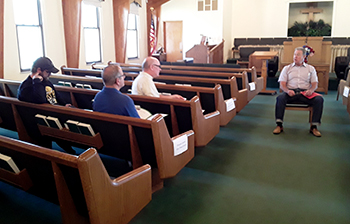 Next post Longtime Pastor Shares Lessons He Learned for Ministry

The Seven Major Concerns for a Pastor

In his workshop on Tuesday afternoon at the 2021 GARBC Conference in Schaumburg, Illinois, Knute Larson shared practical advice for pastors as they face the ...more

Plugging into Your Ultimate Power Source