The Council of Eighteen has appointed David Strope as the GARBC's new interim national representative. 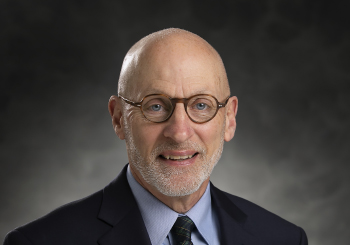 In the wake of the sudden vacancy of the office of GARBC national representative, the Council of Eighteen is thankful for God’s leading and has appointed David Strope to serve as interim national representative of the GARBC. Strope has served as senior pastor of Ankeny (Iowa) Baptist Church since 1999 and chairman of the Council of Eighteen since 2016.

“David is God’s choice ‘for such a time as this’ (Esther 4:14). He possesses keen administrative skill, a long history with the association, and the time to devote to this important role,” says Mike Augsburger, vice chairman of the Council of Eighteen. “We are thankful for God’s providence and provision for us in this challenging time.”

David Strope holds degrees from Clarks Summit University (BRE) and Baptist Bible Seminary (MMin). He brings decades of ministry experience to the role, along with a deep commitment to the GARBC’s mission of making disciples through healthy local churches.

“In times like this, the reputation of Christ is paramount, as is the health of our fellowship of churches,” Strope says. “Although we are dealing with a challenging situation right now, the GARBC will continue to carry out its mission of exalting Christ, proclaiming the Word, and making disciples to the glory of God. That has been and remains our primary focus.”

The Council of Eighteen has begun the search process for the next permanent national representative. Further details will be released as the process unfolds.