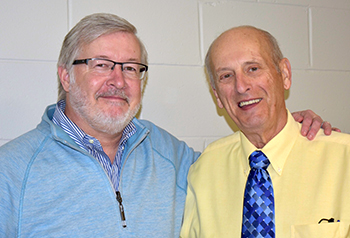 In 1959 Grace Church (then called Berean Baptist Church) appointed 19-year-old Gipson as treasurer. Over the past 60 years he has faithfully served the Lord and his church family in that important position. Gipson, whom Pastor Dave Fox calls “a man of numbers,” became an enrolled agent with the IRS, a pension administrator, and a 401(k) administrator. “But his labor of love was using his gifts to serve his local church,” Fox says.

On April 14, Grace Church honored Gipson’s exemplary faithfulness to the Lord with a special service, during which Fox preached from 1 Timothy 6 on “Four Marks of a Faithful Servant of Christ,” as well as a retirement luncheon. The church gave Gipson an inscribed clock to remind him “that time spent serving the Lord is not spent at all; it’s invested,” Fox says. “It was a great morning honoring one to whom honor was due.”