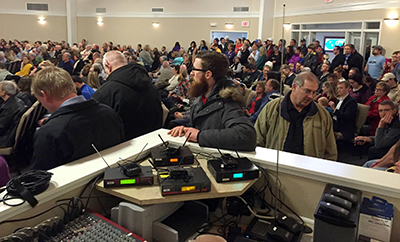 Unleash the Spirit of Conviction

Unleash the Spirit of Conviction

How did you get to where you are? In the final session of the 2021 GARBC Conference, keynote speaker Knute Larson challenged conference attendees to ...more

Unleash the Spirit of Love