WEST DES MOINES, Iowa—Willow Creek Baptist Church is praising God for its congregation’s numerical growth and its commitment to expand its facility. 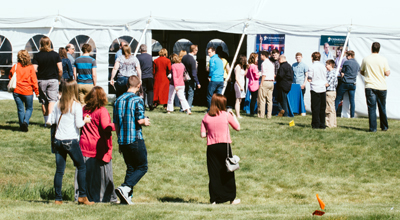 WEST DES MOINES, Iowa—Willow Creek Baptist Church is praising God for its congregation’s numerical growth and its commitment to expand its facility. “Our church has experienced considerable growth in the past six years to the point that we need to expand our children’s and youth ministry space,” says Pastor Mike Augsburger.

In January 2013 a team began researching expansion concepts—the building had initially been designed with expansion in mind—and by July of that year had proposed a facility expansion with a 1.9 million dollar price tag. In January 2014 the church commenced a capital campaign called The People Project. 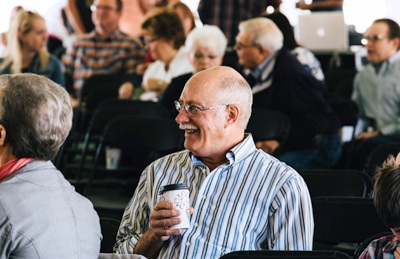 “We chose the name The People Project to make a loud and clear statement that this project is about people,” Augsburger says. “That is our focus—helping people. But it’s not just about helping people in a humanitarian way. We have a message that we have the gospel that changes lives.”

The project culminated on May 18 with an outdoor service in a tent.

“We had 600 in attendance in the tent, and close to 650 total attendance, including the children’s ministries,” Augsburger says. “On that Sunday our people filled out three-year commitment cards, and praise God, we had about $1,530,000 committed over the next three years. We’re excited for this new chapter in the life of this church!”