There Really Is Hope: Encouragement for Parents of Prodigal Children

Witnessing a son or daughter charging hastily into destruction is a burden so heavy even the most resolute parents despair of bearing it. But there is always hope in Christ. 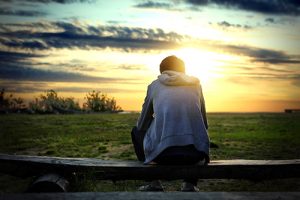 As Christmas approaches, the warmth of nostalgia fills the hearts of many. For most, Christmas is a time of family, friends, and memories, although its real significance is found in one of the most astonishing events in God’s program: the incarnation of God Himself, Jesus Christ. While believers celebrate this remarkable truth and welcome the rejuvenating reunion of family and friends, many suffer the sting of emotional injuries. In the presence of family and friends, reminders of painful experiences resurface and aggravate their still tender wounds. One such wound belongs to the parents of prodigal children.

Believing parents raise their children, hoping they will place their trust in Christ and increase their devotion to Him. But as a child grows, the parents’ influence and control diminishes. Some children, often by no fault of their parents, come to reject the Biblical worldview with which they were raised. Witnessing a son or daughter charging hastily into destruction is a burden so heavy even the most resolute parents despair of bearing it. I myself am well acquainted with these circumstances. I understand this burden because I’ve lived it, but I didn’t live this reality from the side of a parent. I lived within it. I was a prodigal.

That Which Reveals the Heart

It was fall 2004 as my family pulled into our small-town gas station in Ozaukee County, Wisconsin. Nothing particularly eventful happened that day, but in my mind is stamped a permanent memory. As I waited in the car, my mind plunged deep into thought. Internally, I was expressing my anger and bitterness toward God, and no one knew. My father could never have guessed that while he was filling the gas tank, I was seething with contempt against my Creator. In silence, I disclosed my decision to abruptly separate my life from the Lord. While my decision was inexcusable, it did not arise without provocation.

Just months earlier, my youngest brother had died due to health complications. The morning of his death, I awoke to the desperate cry of my mother. I darted up the stairs to my parents’ bedroom to find my frantic mother holding my brother’s unresponsive body. She pleaded and begged for anyone to help. My older brother quickly dialed 9-1-1. We laid my youngest brother on the floor as I mimicked the CPR I had only witnessed on TV and in movies. Like a bruise spreading, my brother’s precious face turned from pale-white to the cold and lifeless blue of death. I tried everything I could to prevent it, but I was completely powerless to rescue him. On July 27, 2004, he passed away. He was three-years-old, and I loved him dearly. There is nothing as painful as losing someone you love.

Sadly, I grieved like an unbeliever, without hope, instead of standing on the confident promise of my brother’s resurrection to an imperishable body at the Rapture (1 Cor. 15:50–58; 1 Thess. 4:13–18). Rather, I forsook the Lord and accused Him of cruelty. I sought my will over God’s, and when God displayed His will, I opposed it. This response, while exacerbated by my brother’s death, was a condition already within me. Certainly, my anger and external rebellion were induced by my brother’s death, but my heart was already sufficiently wicked. My brother’s death only made evident just how sick I was.

Eating from the Trough

My departure from the Lord was not instantly apparent. For some time, I masked my rebellion and began to chase pleasure secretly. I deliberately and consciously established hedonism as my highest aim. While God spared me from the sordid behavior that especially characterizes the current culture, regretfully, I engaged in many shameful activities, uninhibited in my pursuit of pleasure. Without parsing the details, this was not a tame rebellious phase of my adolescence. This was unrelenting, habitual debauchery. It is clear to me now that I, most of all, am deserving of God’s wrath.

Matchless was the damage with which I inflicted my family through my wickedness. My parents especially endured so much loss and pain. Not only had they lost their youngest son to death, but then they also had to suffer the loss of another son to his own selfish depravity. But instead of losing hope and regarding my condition irreparable, they earnestly sought remedies and never considered their options fully exhausted. The balance they struck in dealing with me and providing stability in the home was difficult. It would have been easy to remove me from the house. There is a point at which that would have been right, but rather than give up, they made every effort to facilitate my spiritual return. They did this by continually inviting me back to a relationship with the Lord. Coercion was never the instrument by which they expected to reform me, because they knew mere force couldn’t produce an internal change.

For years I really enjoyed (in a purely carnal sense) the pleasures of the world. The reason worldly pleasure was so enticing is that it did, in fact, gratify my flesh—for a time. However, my real needs (spiritual needs) were never satisfied, and embarrassment, failure, and fear became my every day. I started noticing others my age getting degrees, marrying, and beginning legitimate career paths; but there I was, in shame and weakness, wanting what they had. Truthfully, what they had couldn’t have satisfied my real needs, but I was sobered by the shock of having squandered my life after only ever seeking to serve myself. I was a prodigal son (Luke 15:11–32), and although I was given the comforts of spiritual royalty in Jesus Christ, I had been eating from a filthy trough.

Amidst the trial, it’s easy to doubt the possibility of a prodigal’s return, but rather than carrying an anchor of despair, parents should maintain hope, because God is living and powerful and He intends the best for His Creation. I live as proof of God’s goodwill, and my life is evidence that He can grab the attention of those who are furthest from Him.

Still, it may be difficult to stay hopeful without sure knowledge of a prodigal’s spiritual state, but this shouldn’t plague a parent. There are some things from which parents can derive a great deal of optimism. First, parents can be sure that God guarantees the salvation of even the most disobedient prodigals who have placed their trust in Christ (Rom. 11:29; 1 Cor. 3:15). It may be hard to believe that people who outwardly reject God could have the Holy Spirit dwelling within them, but salvation is a simple, irrevocable promise. When a child trusts in Christ (His person and work) to pay for his sin, God seals that person unto the day of redemption (Eph. 1:13–14; 4:30).

Second, unsaved prodigals have a great advantage over children of unsaved parents: exposure to the truth. Not only have they been confronted by the efficacious Word of God, but they have a living witness to its truth in the lives of their parents. A parent’s testimony, although flawed, is more powerful than a thousand gospel tracts.

With confidence in God’s power and promises, parents also have several actions they can take to encourage their prodigals. They can give space for prodigals to make decisions on their own so they might learn from their mistakes. To balance this, parents should fortify the rules in their households to ensure a consistent dichotomy between their home and the world. Additionally, parents must actively pursue relationships with their prodigals, since prodigals will likely never take this initiative. In pursuing a relationship, however, parents must be careful to genuinely share time with their child and seldom ever push an agenda. Furthermore, parents must maintain consistent testimonies, not only as examples to their child but also because the “effective, fervent prayer of a righteous man avails much” (James 5:16, emphasis added). Finally, and most importantly, parents must endeavor to keep the Bible central in their household, reading it often and integrating it into their daily thought and speech.

Although prodigals make sinful and chaotic decisions, parents should live with the hope of their return. Unfortunately, there are no guarantees. But if the time comes, every offense should be cast aside and celebration should ensue. Just as the father in Luke 15:11–32 killed the fattened calf for his son’s return, in the same way, parents must prepare their hearts for the celebration of their own child’s return. As parents and children reunite this Christmas season, I pray there may be opportunities to restore relationships and celebrate not only the birth of the Savior, but also the return of prodigal children.

Brennan Wilson is an assistant editor for Regular Baptist Press.

Next post There Really Is Hope: Encouragement for Parents of Prodigal Children