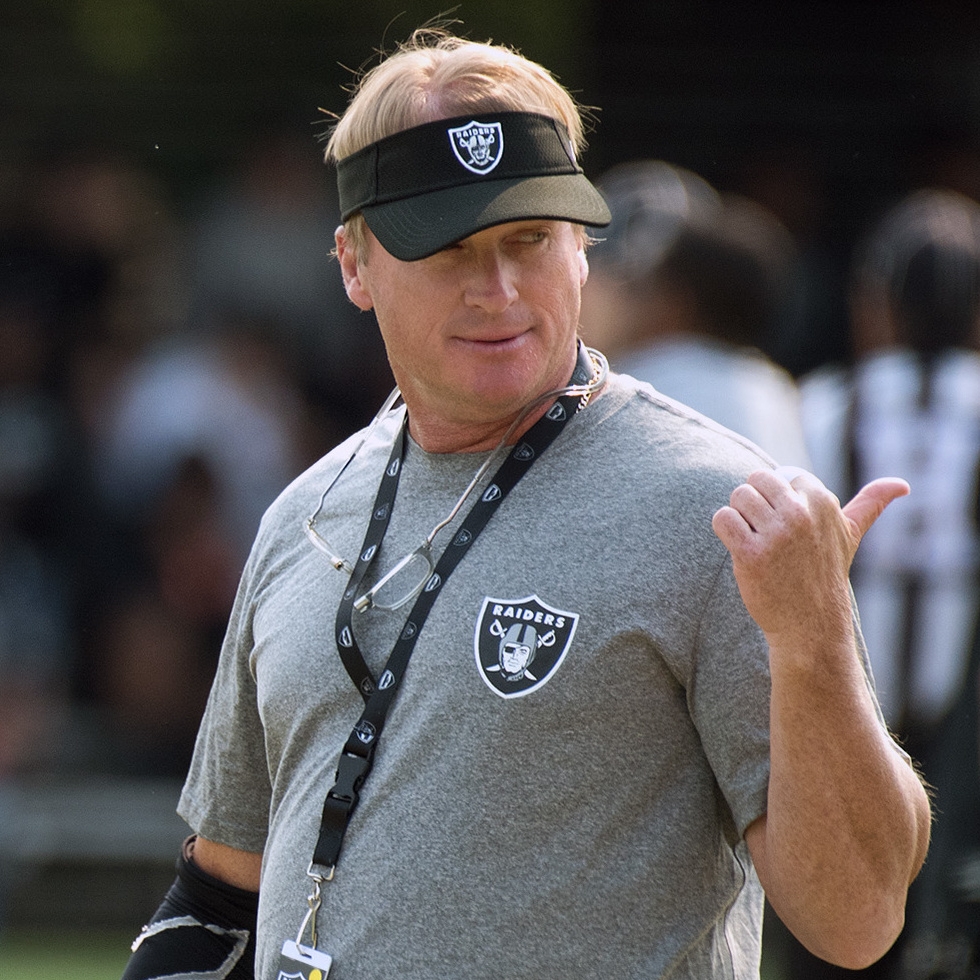 One of the more unfortunate stories to emerge from our culture this week was the resignation of Jon Gruden, coach of the Las Vegas Raiders after the media released details of private e-mails between Gruden and league associates that included slurs against black, female, and gay players, referees, owners, and league officials. NFL Commissioner Roger Goodell, a frequent recipient of Gruden’s ire, instructed his staff to review 650,000 e-mails as part of a workplace misconduct investigation. After Gruden’s comments came to light, Goodell sent samples to the Raiders just prior to Gruden’s resignation.

Gruden’s fall was spectacular, given his Super Bowl victory with the Tampa Bay Buccaneers in 2002, a successful career as an analyst with ESPN, and his 10-year, $100 million contract with the Raiders. He said in his resignation statement that he “never meant to hurt anyone.”

Followers of Christ can learn important lessons from this stunning series of events. Paul told the Ephesians, “there must be no filthiness and silly talk, or coarse jesting, which are not fitting, but rather giving of thanks” (Ephesians 5:4). Each of us would be wise to ask if we speak in certain ways to select people that denigrates others in an attempt to be humorous or clever. Coarse jesting has no place among the children of God.

Some might argue that these were private e-mails and that Goodell was simply being vindictive to release them. Christians should remember that the terms “private” and “electronic” do not coexist. Our pastoral staff often applies the test of, “what would that sound like if it was read in open court?” Since our communications have been subpoenaed for a number of legal cases over the years, we try to never write anything to each other that does not meet that test. Even though we enjoy one another and often joke around, even in our private exchanges we seek to avoid humor that we would not also use publicly.

What Our Speech Reveals

Gruden said, “I never had a blade of racism in me.” Yet in one of his messages, he compared the lips of NFL Players Association executive director DeMaurice Smith to automobile tires. That kind of callous racism did not appear out of thin air. Gruden should have acknowledged the depth of the problem as an important first step of repentance and change.

Jesus explained that, “the mouth speaks out of that which fills the heart. The good man brings out of his good treasure what is good; and the evil man brings out of his evil treasure what is evil. But I tell you that every careless word that people speak, they shall give an accounting for it in the day of judgment. For by your words you will be justified, and by your words you will be condemned” (Matthew 12:34–37).

Coarse jesting at another’s expense reveals a kind of hatred, prejudice, and disdain that must be faced head-on.

Some sports enthusiasts have complained that Gruden is being unfairly singled out and that the best approach would be to release everyone’s private e-mails and text messages. If the point is that “none of us are perfectly innocent,” Bible writers would certainly agree. For example, James said, “For we all stumble in many ways. If anyone does not stumble in what he says, he is a perfect man, able to bridle the whole body as well” (James 3:2). He went on to suggest that “no one can tame the tongue; it is a restless evil and full of deadly poison” (3:8).

I am not suggesting that we should use this event to criticize John Gruden. Instead we should use it to be reminded of how easy it is for all of us to displease God in this area of life.

Our Desperate Need for Forgiveness

Is it even possible to make progress toward obeying Paul’s command to avoid coarse jesting? Yes, but only if supernatural means are applied. Jesus shed His blood on the cross for sins such as these. That is why Paul spent the first 3 chapters of Ephesians detailing the splendor of the gospel and the possibility of new life through trusting Jesus Christ as Savior and Lord.

Steve Viars is pastor of Faith Church, Lafeyette, Indiana. This article was originally posted to Faith’s blog and is reposted here by permission.