World News Feb. 24: A Southern Baptist Convention task force has recommended that the SBC keep its name, but introduce the descriptor "Great Commission Baptists." Read more about this and other world news. 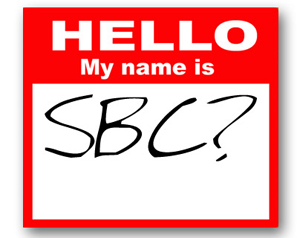 A Southern Baptist Convention task force appointed to investigate the possibility of a name change for the denomination has recommended that the SBC keep its name, but introduce an “informal” optional title, “Great Commission Baptists.” The task force, which was appointed by SBC President Bryant Wright, released their report and its recommendation on Monday. Rather than a legal name change, the panel recommended “a descriptor name be adopted to go with the SBC official name.” “I’m in complete agreement with the position they have taken,” said Wright in an interview with The Christian Post. “They could be used together, or a church or entity could decide to use ‘Great Commission Baptists’ by itself or together with ‘Southern Baptist Convention’ or use ‘Southern Baptist Convention’ by itself.” Wright has been supportive of the consideration to change the name of SBC, which was founded in 1845 and has had members seriously considering changing its name since 1903. Some have expressed concerns that the SBC name was a hindrance for some and that it was too regional. “But the regional aspect of the name ‘Southern’ Baptists doesn’t describe our mission given by Jesus Christ to His church to go and make disciples of all people. That is our mission. That is what we do,” said Wright. Wright appointed the 16-member task force back in 2011, with its chairman being Dr. Jimmy Draper, a Baptist minister with more than five decades of experience in ministry. Dr. Eric Herrstrom, pastor of Lake Arlington Baptist Church, where Draper served as an interim pastor, told CP that he also liked the task force’s decision. “I believe it addresses the regional issue that ‘Southern’ creates as well as better describes who we are as a commissioned people,” said Herrstrom. “I think, informally and from a public perspective, ‘Great Commission Baptists’ reframes for the world a more descriptive picture of who we are as Southern Baptists. Formally, I don’t know that there is a need to immediately leave our ‘Southern Baptist’ name from a legal perspective.” Draper stressed that the Southern Baptist Convention “describes who we are, not what we do. SBC is a name respected worldwide.”