Is it possible to "redeem queer culture" while remaining true to Biblical standards and terminology? The Revoice Conference thinks so, but it is a difficult concept to square with the Bible's teaching on sin and redemption. 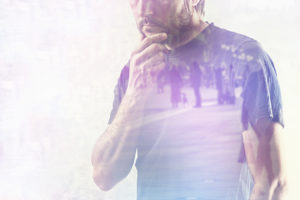 The Revoice Conference, held in St. Louis last week, has set the social media and evangelical world ablaze. Conference organizers advertised their main objective as “promoting LGBT flourishing and historic traditions.” To be sure, it is not our objective to question the motives or sincerity of the organizers of Revoice. As gospel-believing Christians, we desire in a compassionate, gracious, and loving way to make disciples of everyone—including those enslaved to sexual sin. This requires us to be mature and Christlike in the way we speak to cultural issues from a Biblical worldview.

But being bound to Biblical truth requires us to be bound to Biblical terminology. The question we must wrestle with is not how we can baptize an identity that is gaining cultural momentum with “churchy” language. Rather, we should be asking how this rhetoric and characterization of heart issues matches with Scriptural terms and language.

One might begin with the premise of the conference: “Redeeming Queer Culture.” Can “Queer Culture” really be redeemed? Is the attempt to do so truly aligned with the Great Commission mandate our Savior gave His disciples? An even more basic question would be, Does Scripture encourage Christians to identify themselves with their past or current struggles with sin? The apostle Paul, writing to a highly sexually charged culture two millennia ago, admonished his readers not to be deceived by the thought that what God clearly identified as sin could be integrated into a Christian’s lifestyle (1 Cor. 6:9–11).

The things that Revoice is promoting seem to be the very things that Paul said his first-century audience had been delivered from. Scripture teaches that God’s deliverance from sexual immorality, idolatry, adultery, homosexuality, thievery, greed, drunkenness, reviling, and con artistry means being washed in the blood of Christ, set apart, and justified by grace. God’s truth to a struggling church in ancient Corinth is the same truth that must be heralded in our churches today.

I would encourage readers to compare the language used at Revoice workshops—“Redeeming Queer Culture: An Adventure,” “Journey To Embrace: A Conversation On Empowering the Church To Embrace the LGBT+ Community In Fresh Ways,” and “Coming Out In the Shadow of the Cross: Queer Visibility as Redemptive Suffering”—with 1 Corinthians 6:9–11.

These kinds of unhelpful labels of identity (“Queer Christian,” “queer culture,” etc.) encourage Christians to find their identities and worldviews in essentially secular paradigms. Adopting secular vernacular to address specific sin issues is an affront to the sufficiency of Scripture. It also fails to accurately assess and address a person’s struggles. Think of how harmful it would be to speculate on redeeming “swinging culture” or “weed culture” or “violent crime culture.”

When looking at his own past, Paul was careful to note that his own sin of blasphemy, persecuting Christians, and being irreverent toward the gospel were things of the past. Because of God’s mercy and grace in Christ, which “overflowed” to him, he was confident that he had become a trophy of God’s grace and mercy in Christ (1 Tim. 1:12–15).

To summarize, cultural confusion requires Biblical clarity. Nuanced language about human sexuality offers incomplete solutions and absolute confusion. As a fellowship of churches, we desire to speak to these issues with Christlike love and compassion along with Biblical clarity. The answer to man’s struggle with sin is not redefining what God has clearly stated in His Word, but continually trusting His unchangeable message of grace that transforms us from the inside out.

Mike Hess is national representative of the General Association of Regular Baptist Churches.

Posted in Commentary, Culture, From the National Representative on July 30, 2018.