On March 15 the 7th Circuit Court of Appeals reversed the district court decision and found that a housing allowance for church clergy does not violate the Constitution’s establishment clause. 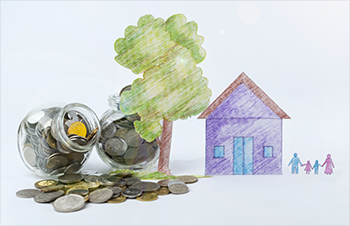 Last fall we published an important update on a legal challenge to the Minister Housing Allowance. The allowance had been ruled unconstitutional by a Wisconsin district court subsequent to a challenge by the Freedom From Religion Foundation. On March 15 the 7th Circuit Court of Appeals reversed the district court decision and found that a housing allowance for church clergy does not violate the Constitution’s establishment clause.

The court concluded that the housing allowance does not constitute a prohibited endorsement of religion by government, but that it simply allows churches to advance their private religious purposes free from taxation and government entanglement. The decision compared the current case to a 1970s case, in which a church’s exemption from property tax was challenged and subsequently upheld. In addition, the appellate court found that the rules on clergy housing allowance are comparable to the ones that apply to secular interests, noting that “these parallel provisions show an overarching arrangement in the tax code to exempt employer-provided housing for employees with certain job-related housing requirements. Congress has exempted certain categories of employees from complying with specific requirements . . .  to simplify the application of the [law] to those occupations.”

What’s next for this case? It is widely expected that the plaintiff will seek to appeal the decision to the Supreme Court, who may or may not elect to hear the case. If the Supreme Court declines to hear an appeal, the 7th Circuit decision stands, and the precedent in favor of the housing allowance is strengthened against future challenges.