World News Jan. 20: Should a Christian church be allowed to practice its faith in all of its activities? Not according to a New Jersey judge. Read more about this and other world news. 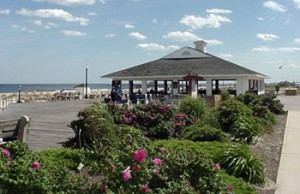 Should a Christian church be allowed to practice its faith in all of its activities? Not according to a New Jersey judge, reports patriot-newswire.com. In 2007, a lesbian couple, Harriet Bernstein and Luisa Paster, asked Ocean Grove Camp Meeting Association for permission to hold their civil union at the picturesque seaside facility. Ocean Grove, associated with the United Methodist Church, declined the request because of their belief in what the Bible says against homosexuality. Their facility is located on the Atlantic coast and has an open air pavilion where the facility held various functions and activities, many of which are done as a religious outreach. The couple filed a discrimination complaint against Ocean Grove. The New Jersey Division of Civil Rights joined in on the complaint. Jim Campbell, a litigation staff counsel for the Alliance Defense Fund, argued on behalf of Ocean Grove, “The government should not be able to force a private Christian organization to use its property in a way that would violate its own religious beliefs. Religious groups have the right to use their private property in a way that is consistent with their beliefs. That right, protected by both the New Jersey and U.S. constitutions, obviously trumps any law enacted by the state’s legislature. Through these events, the association connects with people who might not attend its worship services and encourages them to attend those services in the future. For example, the association begins its Saturday-night family entertainment events with a brief prayer and typically a quick promotion of its upcoming religious services and events. These are just some of the diverse ways that the association strives, in all its programs, to reach the entire community with the love and Gospel message of Jesus Christ.” Administrative law judge Solomon Metzger disagreed with ADF and ruled that Ocean Grove in fact had violated the civil rights of the lesbian couple.”