World News April 16: An idea for a national day of prayer and fasting, which began in a column just several days ago, has now become a national movement. Read more about this and other news. 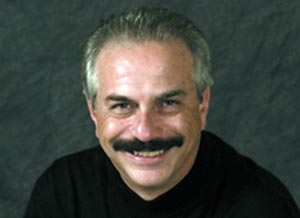 An idea for a national day of prayer and fasting, which began in a column just several days ago, has now become a national movement, WorldNetDaily reports. WND founder Joseph Farah floated the idea, not really anticipating significant reaction. “Was I ever shocked,” he said. “By 8 a.m. Friday, my email inbox was running over with enthusiastic support for the idea, with about 1,000 people letting me know they would be participating by enlisting friends, family members, church groups, Bible studies, and neighbors. They were marking the date on their calendar. Their only reservation was that the date was nearly five months away. They wanted to do something sooner.” So Farah is asking supporters of the idea to register their intent to participate and to help spread the plan. Farah’s original column pointed out that when “America’s founders faced challenges, they often had the wisdom and insight to call for a national day of prayer and fasting. America is facing challenges today that, in many ways, rival anything we’ve seen since the start of World War II.” Farah laid out some of the reasons for the idea: There’s a concerted effort to redefine marriage as any union between people, regardless of sex, possibly regardless even of the number of participants in that union and possibly even regardless of the status of blood relationship between them; America continues to abort unborn babies by the millions and has now moved further in the direction of euthanasia on both ends of the life spectrum—possibly even making it a matter of national, state-controlled health-care mandates; American foreign policy seems directionless, no longer with the primary concern being national security, but in fostering and fomenting change for the sake of change and breaking down the barriers of national sovereignty; government seems determined to enforce a monopoly on force by making it more difficult for Americans to exercise their constitutionally protected right to procure and bear firearms; government and cultural institutions are breaking down the pillars and principles upon which self-government has been built; government is building up its authority and diminishing the role God plays as the supreme authority in the lives of free people.