How Then Shall We Think of Kanye West’s Conversion?

News of Kanye West's reported conversion to Christianity is sparking social media and the Christian blogosphere. What are we to make of this? How should we respond?

In case you haven’t heard, Kanye West has a new album out. It’s unlike anything he’s ever done before. Social media and the Christian blogosphere are abuzz with the news of Kanye’s reported conversion to Christianity. The man who has sold over 21 million albums and has over 100 million digital downloads has made an intentionally “Christian” album. And it seems like every younger believer I know is talking about it. 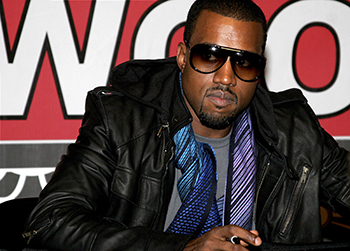 These are important things to consider. Whether or not Kanye is truly converted is not for me to judge at this point. If you were to press me on it, I would rather err on the side of charity than cynicism (1 Cor. 13:7). But as with any profession of faith, as followers of Christ, we should be quick to celebrate and give thanks. Sinners coming to faith in the Savior are not a big deal because the individual is a revered celebrity or an egregious sinner. All conversions should be celebrated, regardless of the person’s profile, age, gender, or ethnicity, because God’s grace is so great to repentant sinners.

Here are a few thoughts on how we should respond whenever we hear of a conversion—whether the person in question is a celebrity or an average Joe.

In Luke 15, Jesus tells of the joy before the angels in Heaven over one sinner who repents (vv. 7, 10). Later in that same chapter we read of a loving father celebrating over an ungrateful, rebellious, and self-absorbed son who had come to his senses and returned home. This was no small celebration. It was a festive meal highlighting the mercy and compassion of a forgiving father.

We would do well in our local churches to ensure that professions of faith and baptisms are never a dull moment in our church’s life. In a day when so much evil is celebrated, Christians should make much of a sinner going from darkness to light.

Ponder for a moment the miracle of a lost sinner receiving new life in Christ. Think of how many things God does to bring someone to Himself:

Consider those spiritual truths for a moment. A person cannot walk away from these truths and say that a converted sinner is amazing in him- or herself. We can only conclude that God’s grace, power, and mercy in Christ are profoundly amazing. God’s grace was amazing to high-profile converts, such as the tax collector Zacchaeus in Luke 19 and to the highly educated and respected Jewish persecutor of the church Saul of Tarsus, who would later become the apostle Paul. God’s grace is also great to the multitudes of unknown people around the world who in recent days have come to faith in Christ due to the often-unnoticed labors of faithful Christians who shared the gospel with them.

The apostle Paul prayed for the believers in the Ephesian church, that having the eyes of their hearts enlightened, they might know the hope to which God had called them, the riches of His glorious inheritance in the saints, and the immeasurable greatness of His power toward those who believe, according to the working of His great might (Eph. 1:17–18). Paul prayed that this church would never stop contemplating God’s power in the past, present, and future.

Every testimony of conversion, from the smallest child to the most successful celebrity, should cause us to contemplate the incredible hope the gospel gives us daily. How glorious and rich His grace is to sinners like us! How glorious and rich is the immeasurable greatness of His power toward those who are truly redeemed! That power is at work in every one of God’s children at this very moment.

The reported conversion of anyone—celebrities, unreached people groups, children, teens, or the most cold and calloused unbeliever you know—should cause us to echo the words of the former slave trader John Newton from many years ago: “Two things I know. I am a great sinner, and Christ is a great Savior.”

Kanye West is an incredibly talented musician. His worth comes from the fact that he’s created in the image of God. Not from his musical talent, financial wealth, celebrity status. If he is truly converted, and I sincerely hope he is, it’s a testimony to God’s greatness and rich grace—just as it is in my life, and just as it is in your life. Christianity, the gospel, and the church are great, not because of us Christians, but because we serve a great God.

Posted in Commentary, From the National Representative on November 1, 2019.

Next post How Then Shall We Think of Kanye West’s Conversion?