Gideon in Trouble for Giving Bible to Student

World News June 21: A substitute teacher believes he was fired because he's a member of an international religious organization that distributes Bibles. Read more about this and other news. 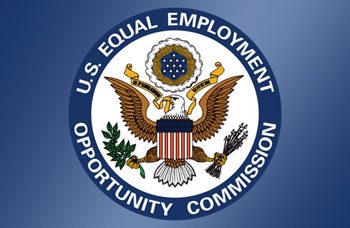 The Obama Administration’s Equal Employment Opportunity Commission dismissed a religious discrimination claim from a substitute teacher who believes he was fired because he’s a member of an international religious organization that distributes Bibles, The Christian Post reports. Walt Tutka, a substitute teacher for the Phillipsburg School District, was fired earlier this year after he handed a Bible to a student. The school district later charged Tutka with violating a rule that forbids the distribution of religious literature. The school board terminated his employment in January. Hiram Sasser, director of litigation for Liberty Institute, told Fox News their client was specifically targeted because he is a member of Gideon International, a religious society that distributes Bibles across the world. “Walt was a member of the Gideons and they were out to get him,” Sasser said. “The reason we believe he was fired is because he was a member of the Gideons. They happened to know Walt was somebody they could target.” Fox News has obtained a copy of an e-mail from Phillipsburg Middle School Assistant Principal John Stillo that indicates the school district had an issue with the well-known religious group. “It has been brought to the administration’s attention that Gideon’s may be near our campus to distribute literature to our students,” Stillo wrote in a memo to the school’s staff. “Please make sure they DO NOT step foot onto our campus at anytime. There will be added police and security presence at dismissal.” Gideon International has a long history of providing Bibles to public school students. But in recent years, many districts have banned the religious society. Ironically, the Gideons are welcome to distribute Bibles and deliver speeches in Russian schools. Sasser said it was outrageous that the school would call out the police for a group that had permission from the police to distribute Bibles. “I thought it was absolutely outrageous,” Sasser said. “The school officials have no respect for religious liberty, no respect for the First Amendment, and they feel like they can get away with it because the Obama EEOC has their back.” Sasser was referring to the EEOC’s response to their religious discrimination complaint. He said they predetermined their decision before getting any evidence. “The EEOC asked for additional information so they could consider the claim brought by Walt,” Sasser said. “They gave him 30 days to deliver the information.” On the 29th day, Tutka delivered the required information to the EEOC. But when he returned home there was a letter from the EEOC dated May 10th—dismissing the complaint because they didn’t have enough evidence. “They predetermined that they were going to reject this claim even though they went through the exercise of asking for the additional information,” Sasser told Fox News. “The EEOC had no intention of enforcing the protection for religious liberty found in Title VII that Congress requires them to enforce.” Sasser said they are going to give the EEOC one more chance to give Tutka a “fair shake.” If that doesn’t work, he said they would consider their legal options. “Under the administration, they’ve rejected religious liberty claims outright,” he said.

Next post Resolution: The Pre-Seventieth Week Rapture of the Church