What does it mean to be male or female? What does the Bible and general human reasoning say about this? 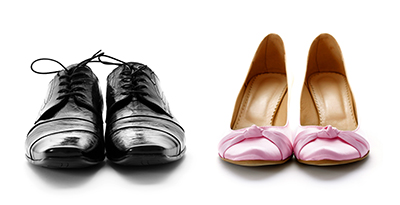 In June of 2015 the Supreme Court of the United States of America (known as SCOTUS) handed down a historic decision by legalizing so-called same-sex marriage in all 50 states. Some opined that it was long overdue, while others opined that it was a long overreach! As Christians, we must shape our opinions by the Scriptures. As general members of the human race we must shape our opinions by history, reason, biology, and social ramifications. I’m writing in order to contribute on both fronts: shaping biblical worldview and appealing to a reasonable human worldview as well.

What most people failed to recognize concerning the SCOTUS decision were the deeper ramifications related to gender identity and sexual orientation. To say that this decision simply allows people of the same sex to enjoy committed, monogamous relationships is unreasonably myopic. This line of reasoning is often effective because it pulls the emotional heartstrings. The unfortunate and not-so-unintentional consequence of this decision is an unprecedented redefinition of human categories at the most basic level: male and female. What does it mean to be male or female? Does culture determine gender or do our “parts” determine gender? Does our gender limit who we should love? These questions—and many more—are now demanding honest conversation. What does the Bible say about this and what does general human reasoning say about this?

First, let’s talk in historical terms. 150 years ago we wouldn’t even be having this conversation. However, thanks to Sigmund Freud, people started thinking about identity in terms of feeling and self-expression. In so many words Freud taught: “You are what you feel.” The Bible teaches the opposite of this: “You are who God made you to be.” Or, “You are who you are in Christ.” Even human reasoning doesn’t buy the “I am what I feel” argument. The man who feels like he’s superman might be so convinced of this truth that he jumps off of a house and breaks his legs. In his case, we don’t affirm his “orientation.” Instead we call him a fool, get him medical help, and hope he learns his lesson.

Before diving into Genesis, here are a couple of quick caveats. First, I want to say I’m sorry. As a Christian, I am appalled at the way Christians have treated homosexuals, transgender people, or anybody else dealing with sexual issues. We have not treated them with the love and grace they deserve. It is completely inappropriate to treat anybody with contempt. Secondly, as I talk about various groups of people, I want to make it clear that I’m putting all sexual sin in the same category. I will specifically mention homosexuality, however, I’m not in any way singling it out. “Heterosexual” sin of fulfilling sexual desires outside the confines of marriage is equally as egregious as any other type of sexual sin. Again, if Christians understood this, I think we would do a better job of treating everybody with love and respect. Now, let’s move on with what Genesis says about gender and marriage.

Two Reflect Better Than One

God created man in his image, Genesis 1:26. The image of God in man related to his intellect, emotions, and will. God equipped Adam with everything he needed to glorify God and carry out his duties as steward of the planet. He also gave the mandate of reproduction. However, that posed a problem because there was nobody for Adam to reproduce with. Genesis 2 documents how God solved the problem.

Because of these differences, God desired to make a companion for man who was “fit” for him. Two would be better than one at reflecting the glory of their Creator. Dividing the image of God into two people would glorify Him more than keeping it contained in just one person. This would become both the basis for companionship and the context for reproduction.

Two Must Have Companionship Based in Oneness

What did God Do? Genesis 2:21–23 tell us that He created woman out of man. In other words, she was from man and she was also for man. How do you find two things that perfectly fit each other? By tearing those two things from the same whole. If I had a dozen donuts and cut them into pieces, I now have 24 pieces. I could arbitrarily place various halves together to form a whole donut. However, the pieces that fit together the best are the ones that were once from the same donut. Essentially, this is what Genesis teaches us about the creation of man and woman. In the beginning there was just one human. God divided the one human into two parts that perfectly fit together because they were two complementary parts of the same whole.

This is the basis of companionship. Consequently, this is also the basis of the fellowship and companionship the Godhead enjoys together. We believe in one God who eternally exists in three persons. God is a three-in-one. As man and woman we reflect the glory of our God as a two-in-one. This is the theological and anthropological foundation of marriage. It’s not that we indiscriminately believe marriage between a man and a woman is superior of that between the same sex. It’s the fact that marriage is the reuniting of two complementary parts, and in that union we find fellowship and companionship reflecting the character and nature of our God.

Two Procreate Better than One

There’s another aspect to this as well. Obviously God values the differences between men and women, otherwise he wouldn’t have created us as complementary parts of the same whole. Since he gave the power of procreation to men and women, there is a sense in which he desires both unique parts of his image (male and female) to influence, teach, and mold the little image-bearers. A mom and dad are indispensable for the well-being of the children.

Two Divide the Workload Better than One

Why is it that both a mom and dad are helpful to raise children? Because when God separated the man into two parts He enhanced and fine-tuned different qualities and characteristics in the sexes. He gave women certain strengths, and he gave men other strengths. Together they form two complementary parts of the same whole. In a perfect world, every child should be raised with all of these qualities and characteristics represented by a mom and a dad.

When the blue and the red come together they form purple. Two complementary parts of the same whole. Even if you don’t believe the Bible, I would challenge you on the basis of nature. The distinctive maleness and femaleness seem to be woven into our very being. Examples? Often in lesbian relationships one partner “plays” the male, and the other partner “plays” the female. Same-sex couples often act like the other sex: a blue trying to act red, or a red trying to act blue. Why? I would submit that whether we like it or not, all of us know that there is another half that completes us, and we are magnetically attracted to finding that other half—the opposite sex!

So, marriage isn’t just about love and companionship between two committed individuals. That’s only part of it. Instead, it’s about celebrating God’s unique design of the individual pieces by joining them back together again! This is the right context for our sexual desires. Anything outside of this is called perversion. Perversion is the alteration of something from its original course, meaning, or state to a distortion of what was first intended. The sad truth is that all of us are sinners, and all of us have sexual desires that have been bent, twisted, and perverted from God’s original plan. You see, sexual desires do not define us. Our created identity defines, limits, and regulates our sexuality. Any desire to fulfill our sexuality outside of the confines of our created identity—monogamous marriage between man and woman—is perversion.

Are we ready to make all inappropriate sexual desires (perversion) into specific “orientations?” Our culture claims to be very open-minded. However, I don’t think we’re ready to embrace anybody’s sexual deviance as a normative identity! Someone who is attracted to children is called a pedophile. Engaging with relatives is called incest. So in our sexually “open-minded” world should these be treated as “orientations/identities?” Should we call someone with these tendencies a pedosexual or an incesxual? I think most reasonably-minded people would object.

You see, the Bible is amazingly accurate at diagnosing the human heart. The Bible tells us that the human heart is a factory of sinful desire! There is no limit to the kinds of perversions that man’s heart is capable of manufacturing. It’s a mistake to call it normative by treating it as an orientation/identity. It is wise to view all perversions as sinful desires that desperately need to be confronted by the gospel of Jesus Christ. Only through the cross and resurrection do we have hope to live according to God’s plan . . . which is according to our created design!

Mike Augsburger is lead pastor of Willow Creek Baptist Church, West Des Moines, Iowa, and serves on the GARBC Council of Eighteen. This article has been reposted by permission from Willow Creek’s blog.

Posted in Commentary, Culture on November 9, 2015.

Pastors and their wives in India attended a seminar led by Prasad Sakile, a pastor with the New Life Regular Baptist Society of Andhra ...more

Conference Preview: A Conversation with Nicolas and Venessa Ellen

David Strope interviews keynote speakers Nicolas and Venessa Ellen on their life and ministry, and the topics on which they will be speaking at this ...more

In Tanzania, Pastor Naftali Ojwando is thankful for a fruitful Easter service at his ...more