Today the church is facing several incoming threats about which we cannot afford to say, “Don’t worry about it.” 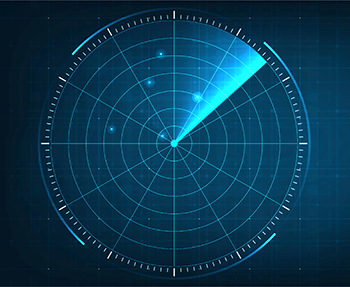 On the morning of Dec. 7, 1941, an army radar operator spotted on his antiquated radar device several objects flying toward the Hawaiian island of Oahu. The sighting was subsequently reported to his commanding officer, who said words that may have haunted him the rest of his life: “Don’t worry about it.” He told radar operators the objects were likely B-17 bombers that were scheduled to come from the mainland. His failure to recognize the incoming threat cost several thousand Americans their lives and decimated the entire U.S. Pacific Fleet.

Today the church is facing several incoming threats about which we cannot afford to say, “Don’t worry about it.” A rigid, robust embrace of Biblical doctrine forbids churches and groups of churches from taking a “don’t worry about it” attitude when it comes to threats against doctrinal purity. Several issues could potentially do great harm to the church, so we need to keep them on our “doctrinal radar.”

Let me add this caveat before we begin: I believe we can talk about these issues in a kind and gracious way, assuming the best about those we disagree with, without violating our doctrinal position. Teaching “the whole counsel of God” means that grace and boldness can coexist in our conversations about theological hot-button issues. We can still love people and speak to them in respectful tones even when we disagree with them.

Gender confusion. With the church being forced to ask questions that she wasn’t facing 10 years ago, it’s important to have a standard by which we answer these questions. A faithful and sound doctrinal position helps us answer clearly questions such as, What are Biblical manhood and womanhood? Is it ever right to justify same-sex desires or marriage? What are the proper roles for men and women in the local church? Who should be preaching the Word on Sundays in our local churches?

Faithful Biblical doctrine elevates Biblical manhood and womanhood. It recognizes that God as Creator has ordained specific, complementary roles within the home and the church. These roles do not demean either gender. Rather, they glorify God and exalt Him as being infinitely wise in how He both designed men and women and gave each sex a specific function (found in His Word).

Experience-driven hermeneutics. It’s no secret that the GARBC arrived at its doctrinal position by embracing a literal-grammatical-historical approach to Biblical interpretation. A simple way to explain this approach is that to properly understand any Biblical text, we must diligently find what the original writer was trying to convey to his original audience. That is the point of the passage and the meaning of the text. Also, that meaning never changes. Therefore, a text means the same thing today that it did when it was originally inspired. That doesn’t mean there are no new implications flowing from Scripture (obviously, the Bible doesn’t directly address things like internet pornography, sports betting, or insider trading on Wall Street). But it does mean that the meaning of the Biblical text doesn’t change.

Today many are advocating the use of secular, and frankly anti-Biblical, philosophies to help as “analytical” tools in understanding and interpreting both culture and Scripture. These tools include troubling philosophies, such as Critical Race Theory and Intersectionality, that encourage us to take our subjective experiences and impose them upon the text. For more on this, Neil Shenvi has written a helpful overview on the premises of CRT/I that explains why the premises are so dangerous to faithful Biblical interpretation. Jeff Straub of Central Baptist Theological Seminary has also written a helpful overview on how this philosophy is impacting one of America’s largest denominations.

The GARBC is committed to centering our doctrine on a faithful interpretation of Scripture which seeks the meaning that the original writer intended to convey to the original audience. When authorial intent is abandoned in favor of experiential or emotional hermeneutics, the Biblical text is interpreted in a way in which it was never intended to be interpreted. And that can lead churches to embrace all kinds of dangerous doctrines. RBP Director David Gunn has written two excellent articles on the subject of originalism that explain this well.

Personality-centered ministry. Within a few miles of my home stand two sad reminders of ministries that were built primarily on the talent and giftedness of compelling personalities. Ten years ago they were known as thriving centers of church growth and vitality. But then abusive leadership, pride, demeaning treatment of women, immorality, and even apostasy caused massive ministerial downfalls that sent shockwaves across the Christian landscape. Both evangelical and fundamentalist churches have fallen into the trap of lionizing personalities whose character was not worth emulating. At times they knew when this was happening, and at other times it came as a huge shock. Churches in both circles have learned some lessons the hard way. The results have been an unhealthy tribalism and unnecessary factionalism in which ecclesiastical dividing lines were drawn, not on the basis of doctrine, but on personalities. May we learn from the man-centered trends of the past not to make any movement or group about a personality.

Biblical sufficiency. Thankfully, God has given us everything we need to think wisely about any issue the church faces. Biblical sufficiency teaches us that we don’t have to turn to human philosophies based on naturalistic, anti-Biblical presuppositions in order to understand the gospel. We don’t need to debate gender roles and gender differences, because the completed canon authoritatively speaks to these issues. Instead of asking, “What do I think about?” or “How do I feel about?” a certain issue, we must constantly ask ourselves, “What does the text say?”

But the issue of Biblical sufficiency goes even deeper than that; it also refutes the popular notion that God is speaking outside of the pages of Scripture. If God has spoken authoritatively and conclusively in His Word, why would we need to seek any other form of revelation? The GARBC is committed to a wholehearted belief that the canon of Scripture is closed and sufficient and that when Scripture speaks, God speaks. Therefore, our commitment to preaching—expositional preaching that is committed to the authorial intent of the passage and even draws its applications and implications from the author’s original intent—is a natural result of our doctrine.

Just as the U.S. Pacific Fleet could have avoided serious damage if the commanding officer had avoided a “don’t worry about it” attitude on Dec. 7, 1941, the church can also avoid colossal damage if we have the wisdom to recognize the dangers looming on the horizon. Faithful, settled doctrine drawn from a literal-grammatical-historical understanding of the inspired Scriptures is the church’s best defense.

We face incredible challenges today. But the good news is that no matter how formidable the challenge may be, God has given His church everything she needs to be what He wants her to be. The challenges are great, but our God is greater.

Posted in Commentary, From the National Representative on March 9, 2020.

Next post Four Theological Threats Facing the Church This Decade

Generate desires to see churches renewed and strengthened. Through the Generate Renewal Grant, churches can work with experienced consultants to help fuel the health of ...more