The Simple Solution to Unleashing the Spirit . . . No, Really!

The Gospel of Luke gives us a wonderful window into how Jesus changed the world in three short years. Luke shows that prayer played a vital role. 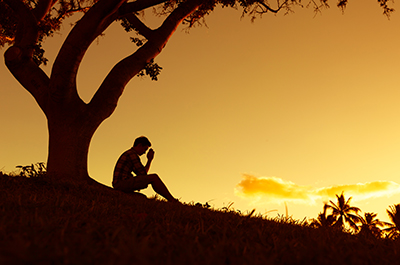 There is a time in everyone’s life where they look at the long list of desires and goals in front of them and wonder, “How am I ever going to get this done?” There are books and books along with blogs upon blogs of pithy slogans to help you get more done in less time. Sometimes we need these rallying cries just to get started. For example, “How do you eat an elephant? . . . One bite at a time!” (Never tail-first by the way!)

The Gospel of Luke gives us a wonderful window into how Jesus accomplished His ministry. How He changed the world in three short years. And Luke shows that prayer played a vital role. Here are a few examples:

“When all the people were being baptized, Jesus was baptized too. And as he was praying, heaven was opened  and the Holy Spirit descended on him in bodily form like a dove. And a voice came from heaven: ‘You are my Son, whom I love; with you I am well pleased.’”

2. Luke 6:12–13. Jesus called the disciples (the foundation of the Church) after praying.

“One of those days Jesus went out to a mountainside to pray, and spent the night praying to God. When morning came, he called his disciples to him and chose twelve of them, whom he also designated apostles.”

3. Luke 9:18–20. Jesus was correctly identified as God’s Messiah by Peter after praying.

“Once when Jesus was praying in private and his disciples were with him, he asked them, ‘Who do the crowds say I am?’ They replied, ‘Some say John the Baptist; others say Elijah; and still others, that one of the prophets of long ago has come back to life.’ ‘But what about you?’ he asked. ‘Who do you say I am?’ Peter answered, ‘God’s Messiah.’” (Notice also in Luke 9, Jesus prays before feeding the masses.)

4. Luke 9:28–30. Jesus was transfigured before His inner circle and, once again, recognized by the Father as He went to pray.

“About eight days after Jesus said this, he took Peter, John and James with him and went up onto a mountain to pray. As he was praying, the appearance of his face changed, and his clothes became as bright as a flash of lightning.”

5. Luke 11:1–4. Jesus’ devotion to prayer incited His disciples’ desire to learn about prayer.

“One day Jesus was praying in a certain place. When he finished, one of his disciples said to him, ‘Lord, teach us to pray, just as John taught his disciples.’ He said to them, ‘When you pray, say: Father, hallowed be your name, your kingdom come. Give us each day our daily bread. Forgive us our sins, for we also forgive everyone who sins against us. And lead us not into temptation.’”

6. Luke 18:1–8. Jesus calls us to a prayerful life until He returns (Parable of the Persistent Widow).

“Then Jesus told his disciples a parable to show them that they should always pray and not give up.”

7. Luke 19:45–46. Jesus’ chief charge against the Temple leadership was that they abandoned its role as a house of prayer.

“When Jesus entered the temple courts, he began to drive out those who were selling. ‘It is written,’ he said to them, ‘My house will be a house of prayer’; but you have made it ‘a den of robbers.’”

8. Luke 22:31–32. Jesus bolstered others amidst temptation through prayer.

Jesus’ prayer for Peter seems to be the thing that stands between Peter and complete apostasy. Luke 22:31–32 says, “Simon, Simon, Satan has asked to sift all of you as wheat. But I have prayed for you, Simon, that your faith may not fail. And when you have turned back, strengthen your brothers.” Peter’s fall is not permanent because Jesus has prayed for him. This is our pathway to sustaining our brothers and sisters in Christ.

Jesus endures temptation and faces the cross armed with the strength God supplied in response to His prayer. The disciples who fell asleep instead of praying failed and fled. “Jesus went out as usual to the Mount of Olives, and his disciples followed him. On reaching the place, he said to them, ‘Pray that you will not fall into temptation.’ He withdrew about a stone’s throw beyond them, knelt down and prayed, ‘Father, if you are willing, take this cup from me; yet not my will, but yours be done.’ An angel from heaven appeared to him and strengthened him. And being in anguish, he prayed more earnestly, and his sweat was like drops of blood falling to the ground. When he rose from prayer and went back to the disciples, he found them asleep, exhausted from sorrow. ‘Why are you sleeping?’ he asked them. ‘Get up and pray so that you will not fall into temptation.‘”

“Jesus said, ‘Father, forgive them, for they do not know what they are doing.’ And they divided up his clothes by casting lots.”

“Jesus called out with a loud voice, ‘Father, into your hands I commit my spirit.’ When he had said this, he breathed his last.”

There is much to learn and apply here, but let me say two things in summary:

Here is my encouragement: Take one hour this week and read the book of Acts in one sitting, asking this question: What is the role of prayer in the life of the early Church? If you do so, I believe you will be thankful for the assignment, and you will notice the centrality of prayer in the early church, which they inherited the Lord.

David Doran Jr. is a church planter in Lincoln Park, Mich. This article was first posted to Detroit Baptist Theological Seminary’s blog, and is reposted here by permission.

Radio Ministry Continues in Midst of Lockdown in Liberia

While Liberia is on lockdown to eradicate COVID-19, Pastor Jesse Quapourlee is still preaching the gospel on a radio station that reaches 14 of Liberia’s ...more