Justification and the Gospel

Any putative gospel that denies justification through faith alone is a false gospel, whatever other elements of truth it may contain. 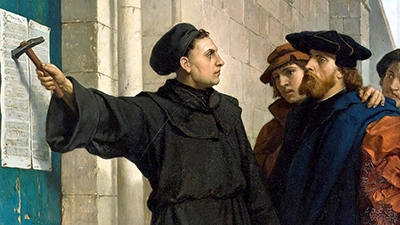 First Things, founded in 1990 by the late Richard John Neuhaus, has become the flagship neo-conservative journal of opinion. Its mission has been to argue for a “religiously informed” public philosophy. Not surprisingly, the journal has brought together conservative writers from the Catholic, Orthodox, and Protestant traditions.

One of the evangelicals who writes for First Things is Peter Leithart. His academic pedigree includes Hillsdale College, Westminster Seminary, and Cambridge University. He was once an associate of Douglas Wilson and served as dean of the graduate school at New Saint Andrews College. He is now the president of the Theopolis Institute, an organization dedicated to “cultural renewal by renewing the church.”

In many or most ways, Leithart is one of the good guys. He is one of the most articulate voices in contemporary conservatism. He is personally orthodox. Nevertheless, his recent essay on “The Ecumenical Gospel” gives cause for serious concern.

What, then, is the gospel? To answer this question Leithart more or less trawls through the New Testament, briefly glancing at the preaching of Jesus, at Peter’s Pentecostal sermon, at the introduction to Romans, at the summary statement of 1 Corinthians 15, and at Paul’s discussion of Abraham in Galatians 3. He does not attempt to prioritize these passages or to explain how they fit together. He never synthesizes a clear definition of the gospel, but his conclusion reveals his direction. For Leithart, a right understanding of the gospel

. . . does mean that Catholics and Protestants affirm the gospel together. Every time we say the Apostles Creed, we confess the gospel of “Jesus Christ, [God’s] only son, our Lord, who was conceived by the Holy Spirit, born of the virgin Mary, suffered under Pontius Pilate, was crucified, dead and buried. . . . On the third day he rose again, ascended into heaven, and is seated at the right hand of God the Father Almighty.” Protestants and Catholics share a commitment to the good news of Jesus, Israel’s long-awaited Messiah, the Son incarnate, crucified, risen, and reigning.

This conclusion also addresses Leithart’s central concern, namely, that if the gospel is equivalent to justification through faith alone, then “this understanding of the gospel inhibits ecumenical efforts with Roman Catholics. . . . [By] definition, Catholics don’t believe or preach the gospel. This is one reason some Evangelicals abominate any effort to seek agreement with Catholics. There can be no communion between light and darkness, between gospel and non-gospel.” 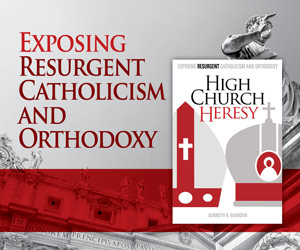 What is at stake is the definition of the gospel. If Leithart is correct, then justification through faith alone should not be viewed as essential to the gospel. On his understanding, how could it be, when the Roman Catholic Church still anathematizes those who teach it?

But in setting up this strong disjunction, Leithart has gone too far. In his argument, Sola Fide either is the gospel, or else it can be denied without denying the gospel. But this disjunction misrepresents the historic Protestant and biblical position. Sola Fide does not have to be the gospel in order for it to be essential to the gospel.

The gospel certainly includes more than the doctrine of justification through faith alone. Paul’s summary of the gospel in 1 Corinthians 15 implies as much. The gospel includes the facts of Jesus’ bodily death and resurrection. It also includes the correct interpretations of those facts, including Paul’s observation that Christ died “for our sins.” That is a loaded statement, and it only gets unpacked in other passages.

A biblical answer to the third question must have two sides, one of which involves the provision of forgiveness and the other of which involves its application. On the first side, a biblical answer centers upon Christ’s substitutionary sacrifice, offered for sinners once for all. On the second side, a biblical answer centers upon justification through faith alone, recognizing that any attempt to mix faith with works or grace with merit will invalidate the gospel (Rom. 4:4–5; Rom. 11:6) and fall under the apostolic anathema (Gal. 1:6–9).

Leithart objects that God justified Abraham when Abraham believed the promise that “all nations shall be blessed in you.” As Leithart sees it, “God reckoned Abraham righteous because he believed that message, but the message itself isn’t about justification.” What Leithart says is true, but it is not a problem. God’s people have always been justified by grace and through faith (alone), but the content of their faith has varied during the different administrations of God’s plan. In the progress of revelation, the object of faith is first presented as God and His promise; only later are more specific details revealed. What Leithart has done is inadvertently to articulate a Dispensationalist perspective of justification through faith alone.

Leithart points to the Apostles’ Creed. Protestants, even fundamentalists, can certainly recite the creed, but the creed is not the gospel. It is a brief synopsis of doctrines, essential to the gospel, that were being denied at the time when the creed was written. It is a summary of some fundamentals of the gospel, but not an exhaustive list. That is why it was followed by the Nicene Creed, the Athanasian Creed, the Formula of Chalcedon, and, much later, by the Protestant confessions. Each of these attempted to respond to current attacks upon the gospel; none was exhaustive.

Any putative gospel that denies Sola Fide is a false gospel, whatever other elements of truth it may contain. Those who hold such a false gospel must be reckoned as outside the faith, outside the one, holy, catholic, and apostolic Church, and outside the boundaries of Christian fellowship. For Leithart to try to include them is a serious error indeed. 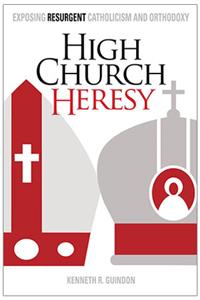 For more on this topic, see High Church Heresy, a detailed examination and biblical refutation of core Catholic and Orthodox beliefs from a conservative evangelical perspective.

February 2021 Bb Pulse: Our Hope Is Anchored in the Savior

Our theology and hope are not anchored in circumstances, politics, culture, or the 24-7 news cycle. Our hope is anchored in the Savior of the ...more