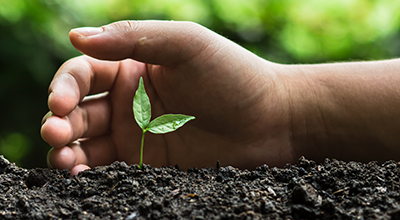 Yesterday, I received an email from a missionary friend. I had shared with him the blessings and encouragement of 2016 at Shawnee Baptist Church. He replied, “Great to hear of a Healthy Church!”

His statement caught me by surprise since it implied Healthy Churches are not that common and often he received notes of churches and/or pastors in crisis.

His statement also made me reflect on what is a Healthy Church.

We can think of our local church in a variety of ways. We can see ourselves as a Disciple Making Church or a Gospel Centered Church or a User Friendly Church or a Spirit Driven Church or even a Simple Church, but would we ever consider ourselves a Healthy Church?

More importantly, would Jesus consider us as a Healthy Church?

One way to determine a healthy church is to listen to Christ’s evaluation of seven churches in Asia Minor. These are given to John in Revelation 2—3. In these letters we hear Christ commend and condemn. In them we hear Him counsel and warn.

In each He challenges us as the reader with the words, “He who has an ear to hear, let him hear.” Each helps us as individuals and as a church to learn from the example of others. With great skill, Christ’s letters to these church are written in a way that they seem like a letter written directly from Christ to us.

Take the first church, for example. The church at Ephesus was established, organized, active, and functioning well. It was the largest church in the area and had spread the gospel to the entire region. Most of us would say it was a Healthy Church.

I’m sure it was a surprise to them when Christ said, “I have this against you, you have abandoned your first love.” He warned of a fatal flaw to which they were blind. You can read about it in Revelation 2:1–7.

To help us grasp how vital First Love is to a church, one can study the history of the city of Ephesus. Barclay called it the “First and Great Metropolis of Asia.” It was the lead city with a great infrastructure, yet eventually it was simply abandoned. The great question of history is why simply abandon a thriving established city. The answer is found in the reality that its health came from its harbor. It had the greatest harbor in Asia Minor. Yet that harbor was slowly silting in, and when the city lost the harbor, it lost that which was essential to its existence.

What is a Healthy Church? It has to be a church which maintains its First Love!

Rich Van Heukelum (DMin, Baptist Bible Seminary) is pastor of Shawnee Baptist Church, Shamong, N.J. He is author of Priority Mail, dedicated to the seven churches of Revelation and how they relate to their cities. He has also written Real Men Are Wise and contributed a chapter to The Pastor: A Guide for God’s Faithful Servant. This article was first posted to Rich’s blog, and is reposted here by permission.