What Can We Learn from Willow Creek?

When a high-profile minister like Bill Hybels falls from grace, it provokes us to ask, What are some important lessons can we learn from this? 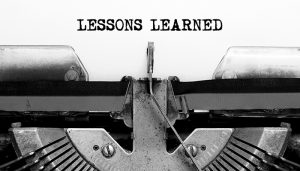 Over the past few years the evangelical world has watched the situation unfold at the famous Willow Creek Community Church in South Barrington, Ill., with profound sadness. Growing up in the Chicago area I was familiar with the fame of then pastor Bill Hybels and the innovative methodology that WCCC became known for. One close pastor friend told me years ago that he believed Bill Hybels was “the best pastor in America.” While I never subscribed to Hybels’s philosophy of ministry, I had long respected his heart for the lost and his pioneering thinking. As many movements and megachurches go, WCCC was built around Hybels’s engaging and influential persona. His entrepreneurial thinking, winsome speaking, compelling style, charming personality, and engaging writing made WCCC the hub of the “seeker-sensitive” and “church growth” model that thrived in ’80s and ’90s.

His books were bestsellers. Thousands of pastors flocked to his famed Global Leadership Summit for many years. He oversaw a large association of churches. Scores of churches studied and emulated his model of ministry.

But certain events and accounts that God has brought to light in recent years have suggested that there was another side to Hybels’s ministry. While many were concerned with the troubling content (or lack thereof) of the WCCC model, recent revelations also brought to light a troubling and scandalous trend—a trend that included sexual misconduct allegations spanning nearly three decades and including dozens of women who have now alleged that Hybels made numerous sexual advances toward them.

While the elder board at WCCC initially defended Hybels, the chinks in the armor eventually began to appear. The allegations, which spanned long periods of time and involved several women, began to multiply. Over the course of a few months, the entire elder board and pastoral staff at WCCC resigned. Local and national media outlets made the scandal common knowledge. On a personal level it was heart breaking in that WCCC is just a few miles from my home. I have a few close friends who were led to faith in Christ as a direct result of WCCC’s ministries.

Scandals and moral failures in recent years have rocked not only the evangelical world, but other worlds as well. Fundamentalism has had its own series of high profile moral failures, and the Catholic Church’s sex abuse scandals are fresh in everyone’s mind. When a high-profile minister like Hybels falls from grace, it provokes us to ask, What are some important lessons can we learn from this?

Those privileged to serve in leadership must reflect and pursue Christlikeness constantly, no matter the size of their platform or the reach of their influence. Here are a few takeaways:

Tragedies like this happen in both the broader spectrum of evangelicalism and in circles like ours. But by God’s grace, they can be and must be avoided. God’s design for the local church is one of mutual encouragement and accountability. If God chooses to broaden the scope of your ministry influence, be sure to humble yourself regularly and endeavor always to act as a faithful steward. The greater your stewardship, the greater your accountability. Jesus said, “Everyone to whom much was given, of him much will be required, and from him to whom they entrusted much, they will demand the more” (Luke 12:48, ESV).

We are not the final judge of Bill Hybels—or of any other professing believer, for that matter. Our response should be one of prayer for him and his family. Grief over what this does to the name of Christ. Introspection on our own hearts and spiritual trajectories. May we never forget that those privileged to serve in leadership must always reflect and pursue Christlikeness.

Mike Hess is national representative of the General Association of Regular Baptist Churches.

Posted in Culture, From the National Representative, Local Church Ministry on November 6, 2018.

Next post What Can We Learn from Willow Creek?

Previous post Church Ministers to Community in Midst of Tragedy