Christian Zionism and the Future of Israel 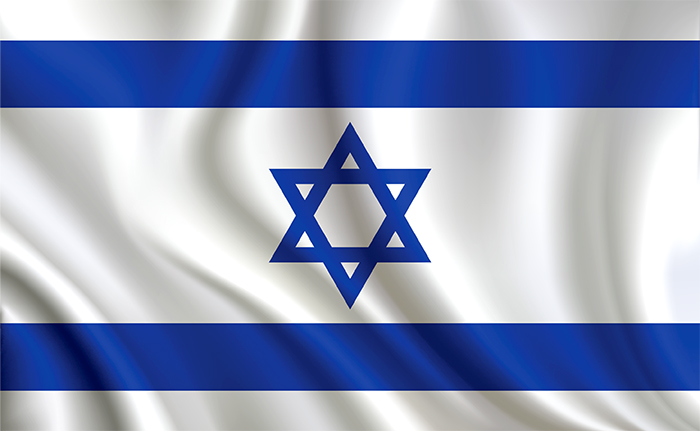 This year marks the 70th anniversary of the inception of the modern state of Israel. On May 14, 1948, David Ben-Gurion announced from Tel Aviv the rebirth of the nation, and the United States, minutes after the announcement, became the first nation to officially recognize the fledgling state.

The right of Israel to exist and to possess the land of Palestine is a cause that evangelicals through history have staunchly supported. Writing this week in Aeon, Dan Hummel calls Christian Zionism “the interfaith movement hiding in plain sight,” constituting one of the most unlikely yet successful movements of the modern world.

Evangelical support for Israel, however, seems to be eroding. David Brog writes in The Middle East Quarterly of the waning evangelical backing of Israel due to an increasingly vocal, anti-Israel narrative that is turning more and more Christians against the Jewish state. Similarly, James Showers and Christopher Katulka warn of eroding evangelical support of Israel, especially among so-called Millennial evangelicals, due to the decline of dispensationalism, the rise of new covenant and progressive covenant theology, and a growing sympathy with the Palestinians as over against the Israelis on the issue of social justice.

Despite this declining support among evangelical Christians, two recent books make a compelling case for Christians to stand behind Israel. Gerald McDermott has edited a recent anthology of essays that argue for Christian support of Israel from historical, exegetical, and theological perspectives. The book, The New Christian Zionism: Fresh Perspectives on Israel and the Land, features an array of dispensational and non-dispensational scholars. While written primarily for an academic audience, several articles would benefit a wider audience, especially the essay by Joel Willitts providing an exegetical case from the Gospel of Matthew for the future of Israel, the essay by Mark Kinzer arguing along similar lines from Luke-Acts, the article on Biblical hermeneutics and testament priority by Craig Blaising, and the essay by Darrell Bock plotting a course for the future of Christian Zionism.

The second noteworthy book is The Case for Zionism: Why Christians Should Support Israel by Thomas Ice. Ice provides a fascinating history of Christian Zionism while also chronicling the disturbing rise of anti-Semitism in modern culture and offering a persuasive case from the Bible for Christians to support Israel. The book is written for a popular audience, and I would commend it to all Christians interested in this issue.

What can Christians, especially readers of this blog, do to support Israel in these contentious times? Here are several suggestions. First, pray regularly for Israel. The psalmist David exhorts OT believers to pray for the peace of Jerusalem (Ps. 122:6), and in the NT the apostle Paul intercedes for the conversion of Israel: “Brothers and sisters, my heart’s desire and prayer to God for the Israelites is that they may be saved” (Rom. 10:1 [NIV]). Several years ago, while standing in Israel among throngs of Jewish young people who had traveled there from all over the world, I was reminded of the need to pray that soon the generation would arrive upon whom God will pour out the spirit of grace and mercy to recognize their Messiah (Zech. 12:10) and to pray in confession and repentance (Isa. 53:4–6).

Second, study Scripture with an eye toward Biblical prophecy and the future of Israel. The intensive study of Biblical prophecy appears to have faded somewhat in modern times. With a good study Bible and helps, I would encourage you to study for yourself the theme of Israel’s future in Biblical prophecy. Diligent students can find an array of worthy resources to aid them in correlating Biblical truth.

Third, become conversant on the issues surrounding Christian Zionism. Read the books mentioned above. Find other good books from previous generations detailing the Bible’s future plan for Israel, especially writings by David Baron, Charles Feinberg, and David Cooper. Attend a conference that will help solidify these concepts, such as the Pre-Trib Study Group Conference, the Friends of Israel Conferences, or the upcoming E3 Conference. Get involved with an organization that furthers these concerns.

We can be grateful for God’s providence in bringing Israel back into the land, and we look forward to God’s future work of redemption in bringing the people of Israel to acknowledge Jesus as Messiah.

Kyle Dunham (ThD, The Master’s Seminary) is associate professor of Old Testament at Detroit Baptist Theological Seminary. This article was first posted to DBTS’s blog and is reposted here by permission.

Next post Christian Zionism and the Future of Israel

Baptist Bulletin Podcast: How to Leave a Church Well

Mike and Bob discuss the many issues surrounding the difficult decision to leave a ...more

A pastor in India needs to replace his small scooter with a larger motorcycle so he can travel safely in the rainy ...more

Churches in India with sufficient space reopened June 14 after three months of the country being on ...more