World News July 10: The public's perception of the military since the repeal of "Don't ask, don't tell" is being manipulated by the U.S. Department of Defense, says the director of a chaplain alliance group. Read more about this and other news. 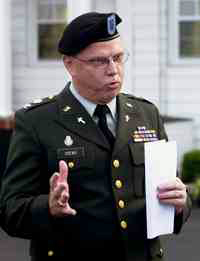 The public’s perception of the military since the repeal of “Don’t ask, don’t tell” less than a year ago is being manipulated by the U.S. Department of Defense, says the director of a chaplain alliance group. The military department is censoring opposing views to portray a trouble-free time after the repeal of the policy that barred openly gay, lesbian, or bisexual persons from the military for nearly 18 years, according to Chaplain (Col.) Ron Crews, executive director for the Chaplain Alliance for Religious Liberty. Also, chaplains working with commanders to diffuse problems are another reason for the relative calm. “Part of the impression that is now in the public has been caused by the Department of the Defense refusal to allow chaplains and other service members who have expressed problems with this repeal,” Crews, who retired from the USAR, told The Christian Post. “They have denied them the opportunity to speak openly about these problems while at the same time, Department of the Defense officials are highlighting how this repeal has benefited soldiers and military personnel who engage in homosexuality.”

Previous post Resolution: The Priority of the Local Church