Be Hopeful: The Church Does Not Rise or Fall on Christian Celebrity

Let’s not forget while hearing the heartbreaking accounts of spiritually shipwrecked Christians that there are multitudes of faithful Christian brethren all around the world still persevering in their faith and staying true to the gospel, sometimes even under intense persecution. 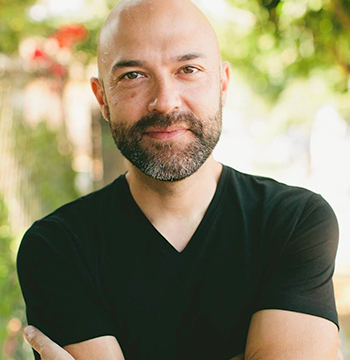 Alexander and Hymenaeus are not the most famous characters in the New Testament. Most would probably have a difficult time identifying who these men were and why they were mentioned in one of the apostle Paul’s epistles—these were men who made “shipwreck” of their faith (1 Tim. 1:19–20). Paul used them to illustrate the contrast between those who keep the faith with a good conscience and those who abandon the faith. Yet during this time when a few were apostatizing, the gospel was nevertheless spreading, countless multitudes were being saved, and churches were being planted at an incredible rate. So we shouldn’t be too quick to write off the church. God is faithful, and He will accomplish His purposes despite the unfaithfulness of some.

We all grieve over the tragic news of former megachurch pastor and bestselling author Joshua Harris’s announcements of separating from his wife and a week later publicly proclaiming that he’s “not a Christian.” Not only that, he went so far as to apologize for at one time standing for the Biblical teaching on sexual ethics. This recent “fall from grace” has brought to mind Biblical names such as Alexander the Coppersmith, Hymenaeus, and Demas.

Joshua Harris is a human being who is created in the image of God. He’s also the father of three beautiful children. He is obviously in a terrible place spiritually and in great need of prayer. Undoubtedly many in his former church and circle of influence are grieving right now. What happened to him could happen to any of us (1 Cor. 10:12–13). It’s important that as we consider these things, we keep our language from becoming quarrelsome, slanderous, demeaning, or unbecoming of a follower of Christ. This is especially important with respect to what we post on social media. Yes, let’s be bold and truthful. But at the same time, let’s say what we mean without being mean in how we say it (Col. 4:6).

But we also need to be cautious about embracing a “sky is falling” mentality. Thankfully, the church’s foundation does not depend on the performance of prominent Christian celebrities. Even when a well-known pastor and author publicly announces his divorce and denial of the faith, the church still marches on for God’s glory. Many who mock the gospel will gloat about this public denial of the faith. That’s tragic, but it isn’t fatal to the church’s future. I believe we should be more optimistic than ever about the future of the church—not because of the celebrities it often elevates, but because of the Christ Who is the rock and the head of the church.

Consider how God has used His church over the past week. All around the world faithful pastors have stood and unashamedly proclaimed the good news of the gospel of Jesus Christ. Faithful servants have sacrificially served children in churches during Vacation Bible School. Others have patiently listened and prayed with those going through unspeakable suffering and pain. Neighbors have been invited into homes where the love of Christ has been exemplified by Christians demonstrating generous hospitality. Orphans have been adopted. Loving and restorative church discipline has resulted in sweet repentance and reconciliation. Local churches have sent out teams on short-term missions trips around the world. New hope has been injected into struggling marriages through compassionate Biblical counseling that seeks to help instead of harshly condemn. Prodigals have come home. New believers have made their faith public and identified with the gospel in believer’s baptism. And perhaps most importantly, many have come to saving faith in Christ.

While we rejoice in all these things, we must keep this firmly in mind: without faithful Biblical doctrine, we can’t have any of it. When someone denies the faith, that person is denying hope—the hope that transforms someone from the inside out. After all, if Christ is not actually risen from the dead, we should be “pitied more than anyone” (1 Cor. 15:19, CSB).

The best way to protect our hearts and ensure the fruitfulness of our churches is by guarding our doctrine. There’s far more at stake here than just having a well-written and cogent doctrinal statement; the meaningfulness of our lives today and our destinies for all eternity hinge on whether we take God at His Word. I’m both humbled and grateful to be a part of a fellowship of churches that for nearly 90 years has never wavered doctrinally. I don’t say that to boast or to brag—God receives all the glory for this. But it’s that sound doctrine that will protect your spiritual life and the life of your local church. That’s why it’s so important for churches to connect with other doctrinally aligned churches. On both a personal and corporate level, you are never better off going it alone.

In the meantime, let’s not forget while hearing the heartbreaking accounts of spiritually shipwrecked Christians that there are multitudes of faithful Christian brethren all around the world still persevering in their faith and staying true to the gospel, sometimes even under intense persecution.

Let’s cheer each other on to cross the finish line strong!

Next post Be Hopeful: The Church Does Not Rise or Fall on Christian Celebrity