When the Minister Moves from Church to Church 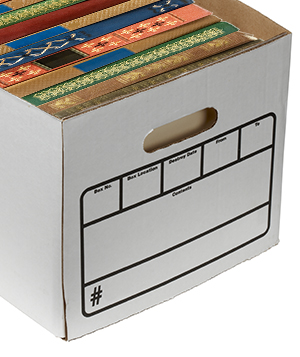 There seems to be considerable confusion on this matter. When a minister of the gospel conducts himself in such a fashion as to make it necessary to withdraw the hand of ministerial fellowship from him and to invalidate his ordination certificate, who is responsible for such action?

We have been quite concerned, as we so frequently run into a wrong answer to this question. There seems to be quite a prevalent opinion that in such a case the ordaining church must take the action in removing the guilty minister’s ordination standing. A few moments’ careful reflection on the logic of Baptist polity would certainly reveal the error of such a position.

The logic of this historic Baptist polity would certainly indicate that in the case of the discipline of a minister that involves the withdrawing of his ordination standing, it could not possibly be the church that ordained him but must be the church of which he is presently a member at the time of the offense.

This is obvious for several reasons. The ordaining church might be hundreds or even thousands of miles from the scene of the misconduct—that church, therefore, would know absolutely nothing about the merits or demerits of the case. How could that church then act intelligently in the matter of discipline? Again, the ordaining church may have gone out of existence and therefore there would be no church with power to discipline. All of this drives us inevitably back to the simpler operation of Baptist polity—if a minister, because of his conduct, must have his ordination invalidated, the only church on earth that can do it is the church of which he is a member at the time of the misconduct. The responsibility rests squarely upon that church and no other.

The question now arises as to what is to be done in the event that the guilty minister has asked for his name to be dropped from the membership rolls of the local church before disciplinary action is taken? This apparently leaves the guilty minister in possession of the ordination papers and makes it impossible for any public notice of his unworthiness to appear in the denominational press. He is, therefore, free to find another unsuspecting church where he can repeat the old pattern of misconduct. This ought not to be.

Under such circumstances, it is no doubt necessary to meet the emergency with emergency measures. We see no reason why a group of ministers such as the pastors of a local association or the state or regional council (in our GARBC setup) should not meet and have the evidence before them, and in the light of it, withdraw the hand of ministerial fellowship from the offending minister, a short notice to that effect being run in the denominational paper. This, of course, leaves him in possession of his ordination papers, which only a local church can withdraw, but it does leave him in a position where those papers may be worthless.

Next post When the Minister Moves from Church to Church