The staff of the Regular Baptist Ministry Resource Center provides resources and services to assist churches in developing effective ministries. When you contact the home office, a warm greeting and helpful assistance will await you. 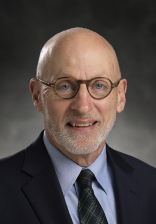 David Strope serves as interim national representative of the GARBC. In this role, David shares God’s Word in church and ministry settings, counsels and encourages pastors and churches, provides assistance with pastoral placement, and mentors and trains pastors, all while championing the association’s doctrinal distinctives.

In addition to his pastoral roles, David has served on the GARBC Council of 18, the Northeast Fellowship Council of 10, and the Iowa Association of Regular Baptist Churches Council of 10. He currently serves on the elected council of Baptist Mid-Missions; and has taught at Faith Baptist Bible College as an adjunct faculty member. 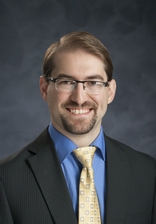 David Gunn is an educator, writer, and fulltime theology junkie. He was educated at Shasta Bible College (BA), Corban University School of Ministry (MDiv), Liberty Baptist Theological Seminary (ThM), and Baptist Bible Seminary (PhD, in progress). As director of Regular Baptist Press, David is responsible for providing administrative oversight for RBP, charting a course for the future, assuring fidelity to the association’s doctrinal distinctives, and representing the ministry to churches and parachurch organizations.

In addition to his work as director of Regular Baptist Press and managing editor of the Baptist Bulletin, David teaches online courses in Bible, theology, and apologetics for Shasta Bible College and Clarks Summit University. Prior to his tenure with Regular Baptist Press, David served as a minister of music in several Baptist churches.

David is passionate about theology, apologetics, and engaging culture from a biblical worldview. He frequently presents on these issues at the GARBC annual conference and online via the Regular Baptist Web Community. David resides in the Chicago area with his wife, Sarah, and two sons, Caleb and Felix. E-mail David. 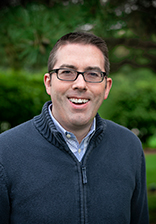 Mark Johnson joined Regular Baptist Ministries in 2009 and currently serves as Treasurer and Controller. In this role, he oversees the organization’s finances as well as its information technology, facilities, and legal operations. With an extensive background in law and tax for ministries and non-profits, Mark also serves as an advisor to GARBC churches and frequently publishes updates covering legal and financial issues that affect them. His passion is to help churches understand and care for their business needs so that their ministries can thrive.

Mark received a bachelor’s degree in Accounting from Pensacola Christian College (Florida) in 2004 and went on to work for his alma mater in accounting and financial strategy roles prior to joining RBM.

Mark enjoys cycling in suburban Chicago and is well-known among friends and neighbors for authentic, southern-style barbecue. He serves in his local church as a musician and is an active volunteer for several organizations in his home community. Email Mark. 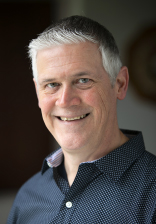 Kerry Watkins joined Regular Baptist Ministries as the director of Human Resources in June 2020. In this role he manages benefits, communicates with employees, and assists in performance management. He also leads in employee events and staff recognition.

Prior to this, Kerry served for 17 years as an administrative pastor in two GARBC churches in Iowa and Ohio, where he served as an accountant, HR leader, and financial manager. He also provided facility oversight, served on the pastoral teams, counseled, and taught.

Since joining Regular Baptist Ministries, he has added the role of director of Church Engagement to his responsibilities. This involves connecting with pastors of GARBC churches so they better understand the association’s purpose and its resources for pastors and churches.

Kerry loves serving the church through Regular Baptist Ministries. His desire is to see the association strengthened as churches become more focused on disciple making and outreach.

Kerry moved to the area with his wife of 36 years, Lori, four of his five children, and one grandchild. He enjoys spending time with family, traveling, and teaching in his local church. Email Kerry. 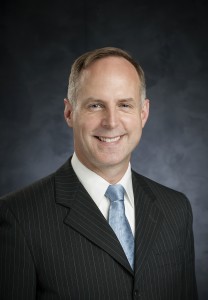 Manning Brown graduated from Michigan State University with a B.A. in telecommunications. In addition, he holds an M.Ed. from Pennsylvania State University and M.A. from Air Command and Staff College.

Manning and his wife, Jennifer, were married in 1988 and left for active duty with the Air Force. In nearly 22 years of service, they moved multiple times, including two tours in Germany. Manning spent four years on missile combat crew in the Minuteman III ICBM, before career broadening into Air Force Recruiting Service and later as a public affairs officer. In that time he served as a squadron commander, and when he retired as a lieutenant colonel in 2010, he was the deputy director of public affairs for U.S. Air Forces Europe. In addition, he had three deployments in the course of his career, one in Turkey and two in Iraq.

While in the military, Manning had numerous opportunities to serve the Lord in churches and chapels around the country and the world. Licensed and ordained while on active duty, he has taught and preached the gospel in a variety of environments. After retirement from the Air Force, Manning joined Regular Baptist Ministries as director of marketing and communications before becoming director of Regular Baptist Chaplaincy Ministries in 2015. Manning ministers to the needs of our chaplaincy families and communicates to the churches of our fellowship the opportunity for outreach through military, institutional, and community service chaplaincy. Manning and Jennifer have two grown sons, Connor and Austin. E-mail Manning. 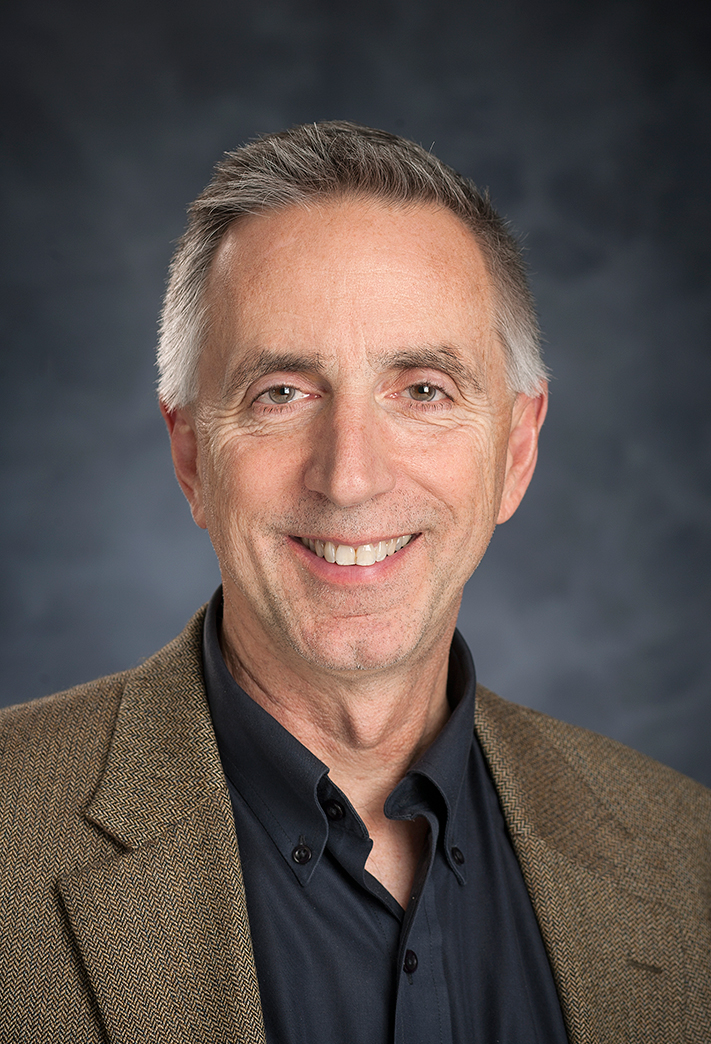 Clare assists Regular Baptist Churches in planting more churches by developing partnerships with churches, regional associations, and mission agencies.  In addition to his passion for helping churches start, he provides resources and assistance to churches for revitalization and growth. Clare also serves as the Regional Director for ABWE North America West, in which he facilitates church planting, develops partnerships with ethnic groups living in North America, and engages next generation leaders in church planting. In addition, Clare teaches ministry leadership and church planting at Corban University in Salem, Oregon.

Prior to taking on his current responsibilities, Clare served as Senior Pastor of Lakewood Park Baptist Church in Auburn, Indiana for 20 years. During that time he developed church planting partnerships in Ukraine, India, Nepal, Russia, Brazil and Jamaica.

Clare and his wife, Donna, have four daughters and twelve grandchildren. Email Clare.

Resource Center Staff
We are here to serve churches! 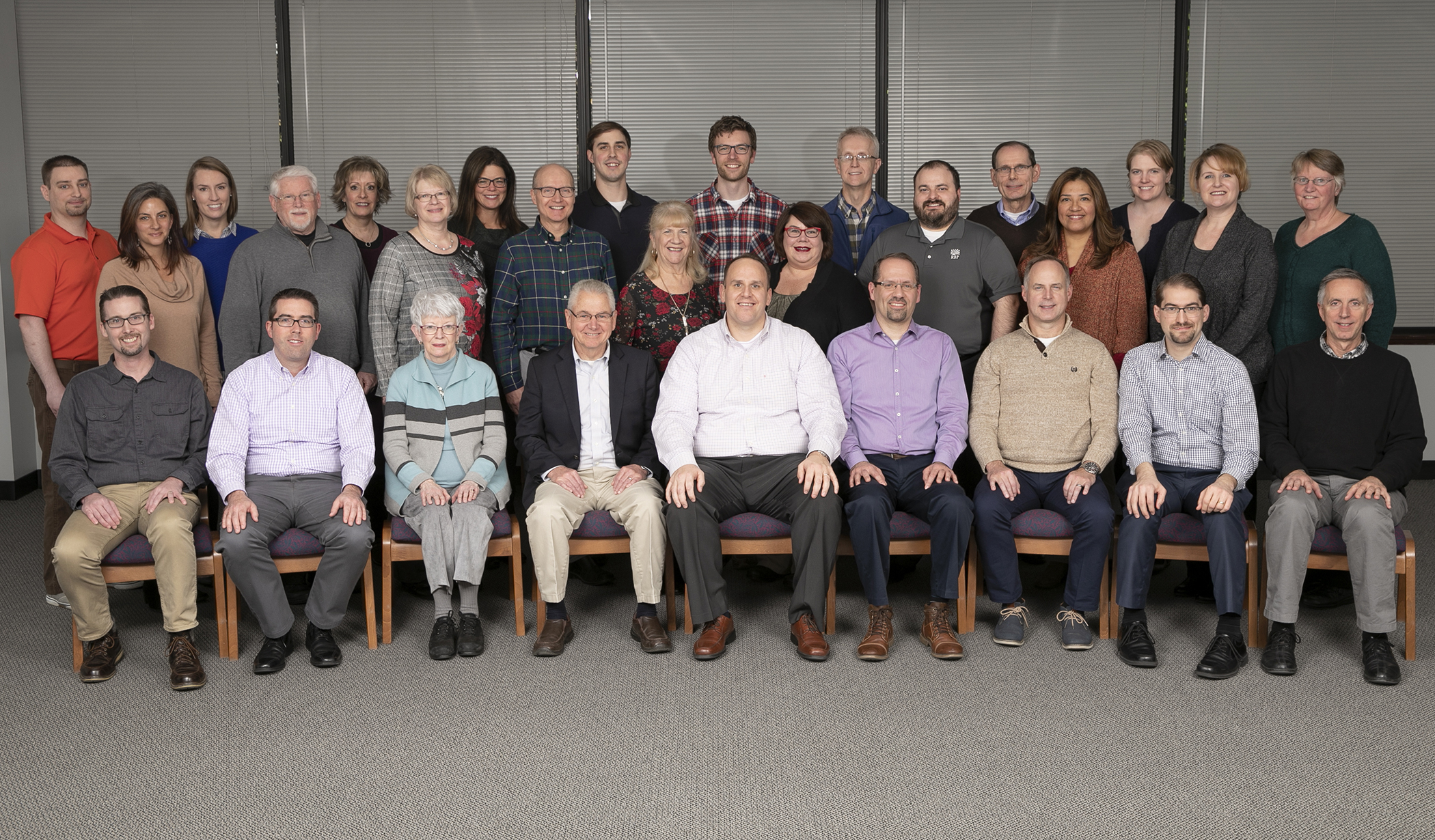